Why are games still coming to old-gen consoles in 2022?

The interesting fact these days is that game companies are still making games for the previous generation consoles. It is very interesting because it was usually the case that the new generation of consoles meant the cessation of work on the previous one. This time is different.

The effect of such actions is primarily more simplified computer graphics. Why don't games take full advantage of the new consoles? Precisely because a given game must also look good on an old console.

A video game studio must therefore take this point into account. Graphic designers have a difficult task, I cannot fully use the power of Playstation 5 since the game must look good on Playstation 4. It can even be said that some companies still create games for Playstation 4 and versions for the new Sony console are an addition.

Okay, but why do they even do this? As always, it is about costs.

Modern games are extremely costly to develop, and next gen consoles are not selling as well as they used to be. This is not due to low interest, but not being able to produce enough equipment.

Therefore, game developers still have to target their offer to old users, there are simply more of them.

Will the situation change when the mod for exclusives for next generation consoles returns?
We will see, but something has changed and it is not known whether the world of video games - and therefore CGI - will be the same as before.

Unreal Engine 5 - the effect of marketing or a real revolution?

Unreal Engine has been on the market for a long time, but only the fifth version is presented as a great progress. Honestly, I'm a bit surprised.

The UE grew gradually as a closed-back editor for game development after it was released for free. The fourth version was already giving great opportunities. However, it was not promoted that much and aggressively. I think the new version is more of a marketing product than a real advance.

What's new? Lumen - ok, there is a big change here because we can finally throw light maps into the garbage. But the rest? Mesh optimization - good thing, but it's an automatic version of LOD, and it really only works for objects with a lot of polygons. Most models, however, are low poly.

And those presentations on YouTube. After all, most of them are just mountains imported into the editor, scanned in 3d and available for free. Plain gimmicky trash.

It has become, the new Witcher on Unreal Engine5!

I felt that it would be like that :)
The old game engine Red, which CD Project Red used so far, was problematic when creating "CyberPunk 2077". Remember how long we waited for this game? How many times has the premiere been postponed?
And what did we get at the end? A lot of bugs, in fact - Cyberbug :)

It was caused by many things, partly by the incompetence of the creators. However, it is said that the biggest problem was the technology used by CD Project. Even while working on "The Witcher 3" Red Engine was not doing well. However, when work began at Cyberpunk, the problems intensified. This engine just couldn't live up to the modern video game.

So it was decided for Unrel Engine 5. Is that good? For gamers - sure it is! We have a unified work environment that is tested and easy to work with. Besides - why breach an open door?
If we have a great solution ready, we should use it.

Epic Games charges 5% on the profit of games created with the Unreal Engine technology. But CD Project Red entered into a contract with them on preferred terms ...

So what will the profit distribution be? ... Maybe it's just sponsorship - we make a game on your engine, thanks to which we advertise your product? Perhaps.

My first struggle with Blender

As a longtime user of 3ds max, I decided to get to know the new program.

I've been interested in Blender for a long time. The program, although free, has great possibilities, so it is worth attention. I was afraid of only one thing - whether it would be comfortable to use. 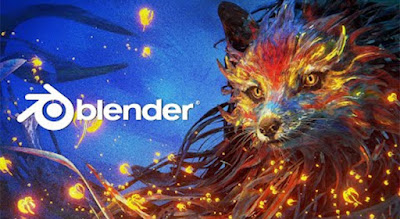 As you know, 3ds max is a classic. The entire interface and way of working hasn't changed over the decades - and thankfully. I got used to it and expected Blender to be comfortable.

So far I have studied a few tutorials and I don't like it. One of the first things I did was install a plugin that changes part of the interface and keyboard shortcuts to be similar to 3ds max worklow.

The problem came very quickly. It turned out that in Blender 2.9 I have, you can't ... group objects!

What does it mean? The fact that you cannot easily group objects into one model to conveniently select it and manipulate it in the viewport. "Collections" doesn't do that, you can use the "join" option, but it does merge all the objects and you can't actually disconnect them later.

This problem discourages me from using Blender at the beginning. We'll see how it goes on.

As you probably know, the best looking face models we can do in real time can be done in "Metahuman". It was like that until now, because a new player is just entering the scene - "Digital Humans" in "Unity" real time engine.

Some time ago, "Unity" posted a new technological demo called "Enemies" on YouTube. It presents a short animation, of course real-time, of an interesting architectural scene and a woman there.

At first, the woman is shown from a distant shot, only then a close-up of her face appears. The quality of the graphics is shocking. You can see every detail of the face, the skin looks alive. What has always been a problem in face animation were the eyes - here both their animation and appearance are reflected extremely realistically.

The amazing demo made a great impression on the CGI industry. On the web, various websites discuss the technological progress that Digital Humans will bring.
The demo of "Digital Humans" presented new possibilities and options include a new hair creation system. Thanks to it, creating photorealistic characters will be even more interesting.
Other news are:

"Enemies" is a presentation of new possibilities of high-end visual effects that can be achieved in "Unity" in 2022. It is very clear that it competes with "Unreal Engine" and especially their "MetaHuman".
Work on "Enemies" is still in progress.
You can read more about it on the official "Unity" website: https://unity.com/enemies/

Welcome to my blog about CGI

Welcome to my blog about computer graphics.

As you can see, I'm just getting to know Blogspot. Please be patient, give me some time to get everything in order :)
I would like to post here interesting facts from the CGI industry, as well as my thoughts on working in this industry.
Hope you enjoy it.

Unfortunately, I had to turn off comments at the beginning, due to the possibility of spamming.

Why are games still coming to old-gen consoles in 2022?